Celebrating over 100 Years in Los Angeles

For a century, Abell Auction Company has skillfully practiced and passionately preserved the American tradition of the public auction. Now in its fourth generation and still family-operated, it is distinguished as Southern California’s premier marketplace for fine estate furnishings, art and jewelry – drawing an international audience of buyers and sellers.

Born in Kiev, Russia, Abraham N. Abell immigrated to the United States in 1907, settling in California. Shortly after his arrival in Los Angeles, he ventured into the business world by purchasing a furniture store from a relative.

After relocating to the West Adams area, Abell Auction Company received its current name. Catering to the trust and estate communities of Southern California, Abell was the first permanent auction house in Los Angeles showcasing fine estate property – a tradition that continues today.

Following the death of Abraham N. Abell, a new generation of family leadership continues his legacy of trust, integrity and community service.

Abell is destroyed by fire during civil unrest, but reopens for business just three weeks later at its current location east of downtown Los Angeles.

Abell’s skilled professionals are among the best, ranging from appraisers, catalogers and gemologists to translators who speak Mandarin and Cantonese to accommodate the growing Asian market. So respected is Abell’s reputation for trust, integrity and the ability to sell, that many clients and employees have stayed with the company for decades.

In today’s competitive marketplace, Abell combines the intimacy of a live auction with the global reach of internet sales. These are ingredients for success that come only once in a hundred years. 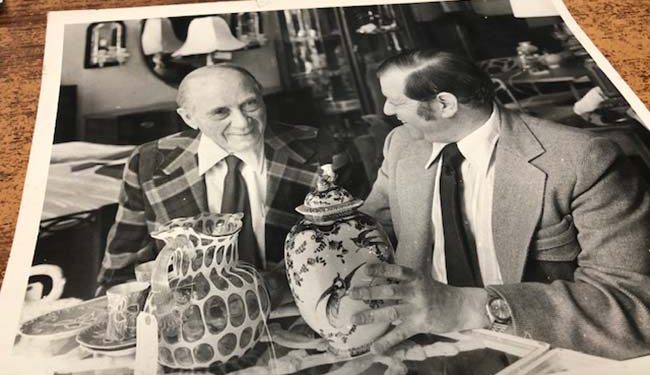 Abell has handled the treasured belongings of high-profile clients ranging from a former U.S. president to legendary Hollywood celebrities, such as silent screen idol Francis X. Bushman, costume designer Edith Head and “Gone with the Wind” actress Anne Rutherford, to name a few.

In 2004, Frank Sinatra’s martini-stained Steinway piano and a platter that served up steak to Cary Grant were among the items auctioned from L.A.’s famed Perino’s restaurant, the last of the legendary eateries from Hollywood’s Golden Age.

Not only has Abell sold the estates of actors and producers on Hollywood’s “A-list,” but of many people who were the backbone of Hollywood such as writers, set designers, and stylists like Sydney Guilaroff who created Lucille Ball’s iconic hairdo.

Deeply committed to giving back to the community, Abell has donated its auctioneering expertise to raise over $5 million for local non-profit organizations, causes and schools.

Join our email list for information on upcoming sales!